Gizmo uses a webcam to track his own location and orientation and the presence of various interactive objects inside his enclosure. Once an object is moved into view by a user Gizmo will either feed, dance, kick the ping pong ball or go to sleep. His wellbeing is tracked by incrementing different variables; if he goes too long without food or sleep gizmo will die. Fortunately he can be resurrected.

Gizmo formed one 30cm x 30cm "pixel" in a wall of interactive exhibits at the end of year showcase. Users successfully collaborated to keep him alive 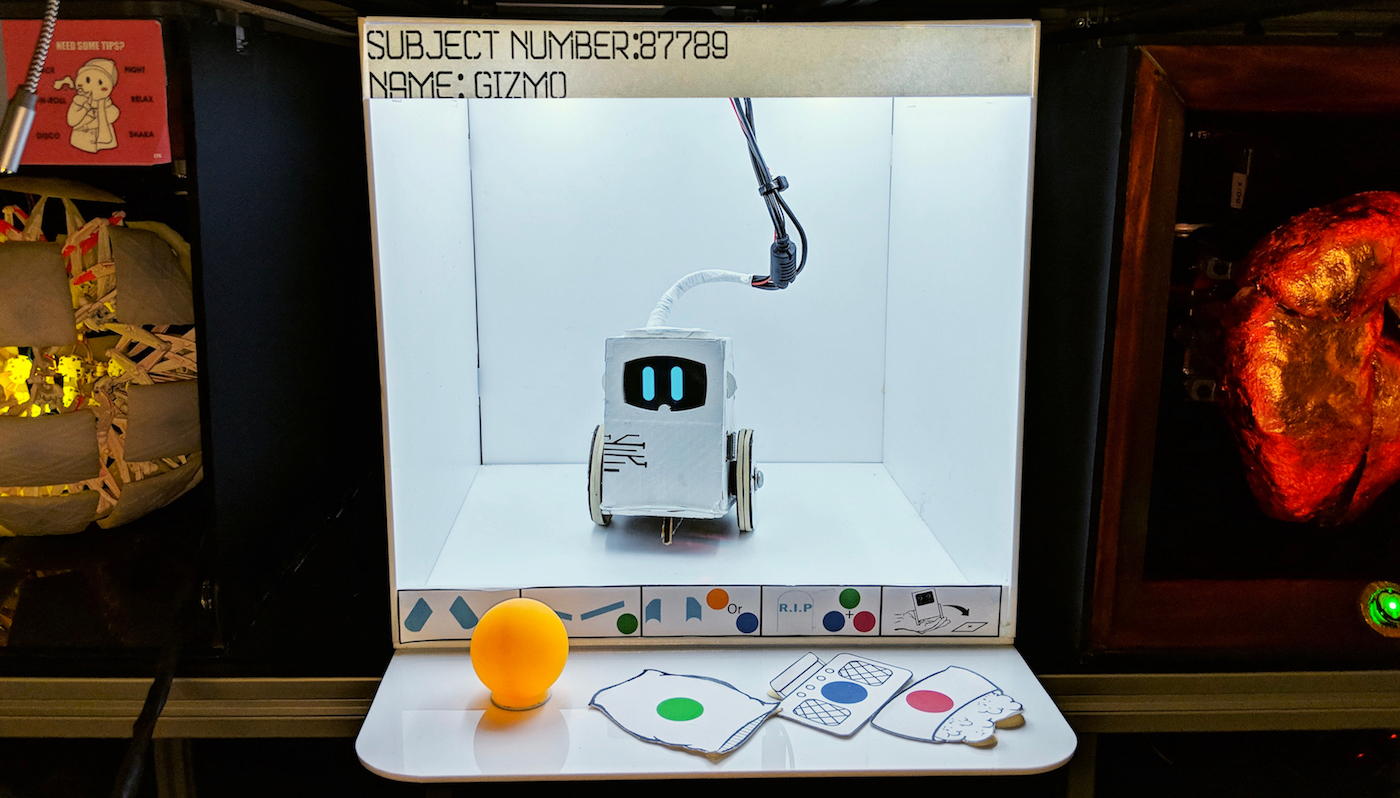 Gizmo is built around a raspberry pi with an HDMI screen. His facial animations were designed in Adobe character animator and played as MP4 files. There are 2 motors to allow him to move and steer, a servo to look up and down, an amplifier and speaker to play sound files, addressable LEDs and electroluminescent wire; all packed into a form factor less than 10cm3. 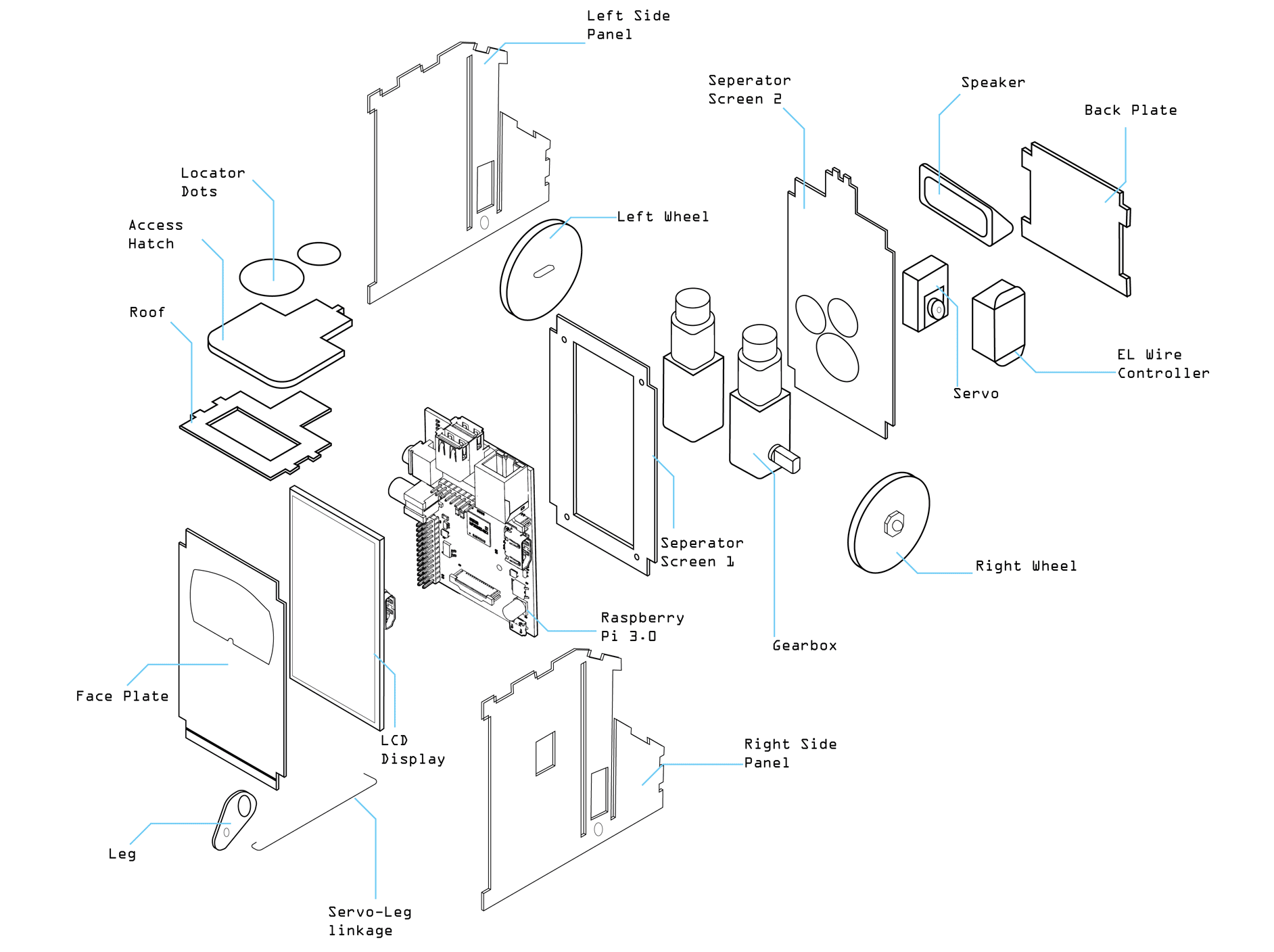 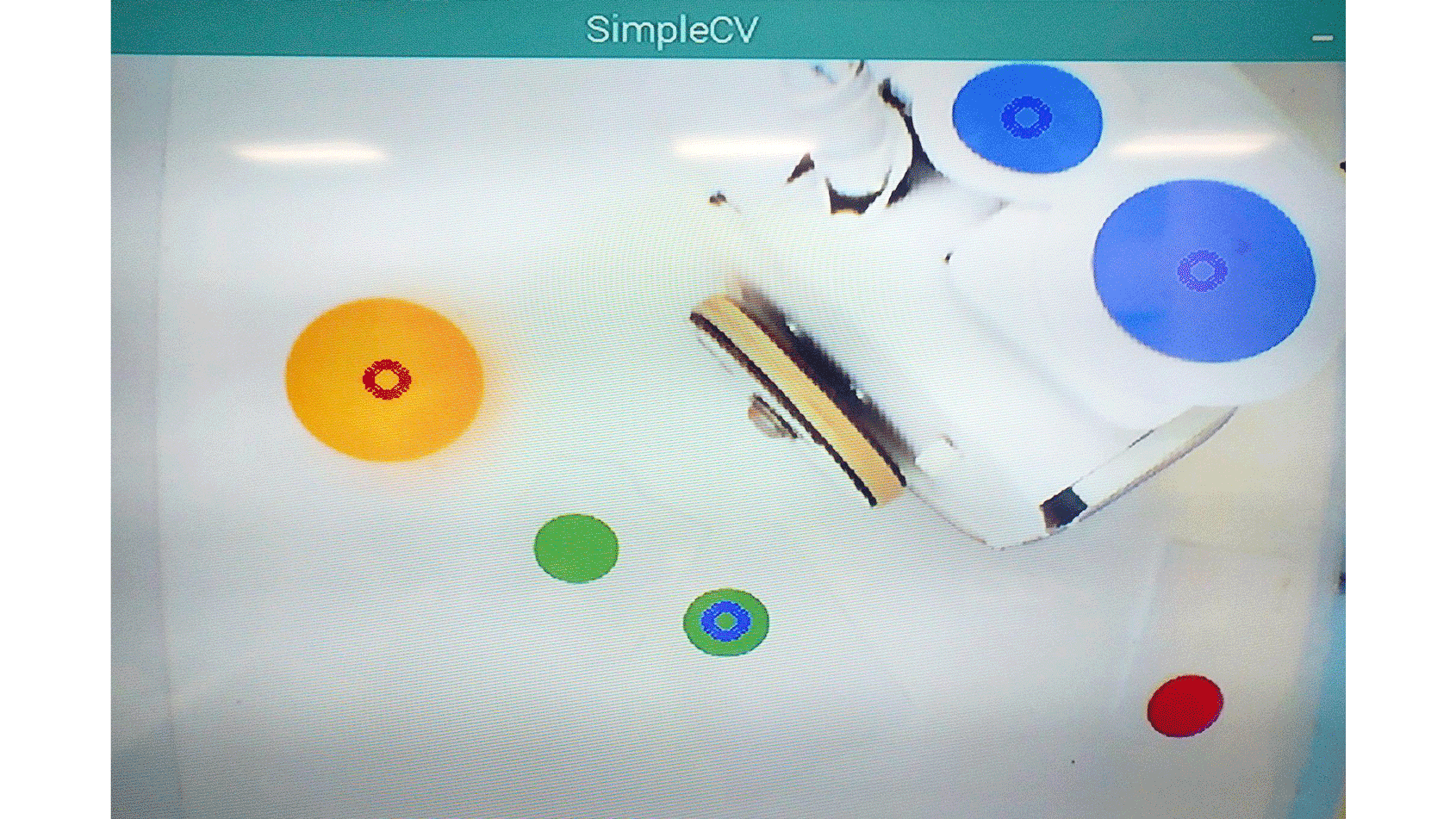 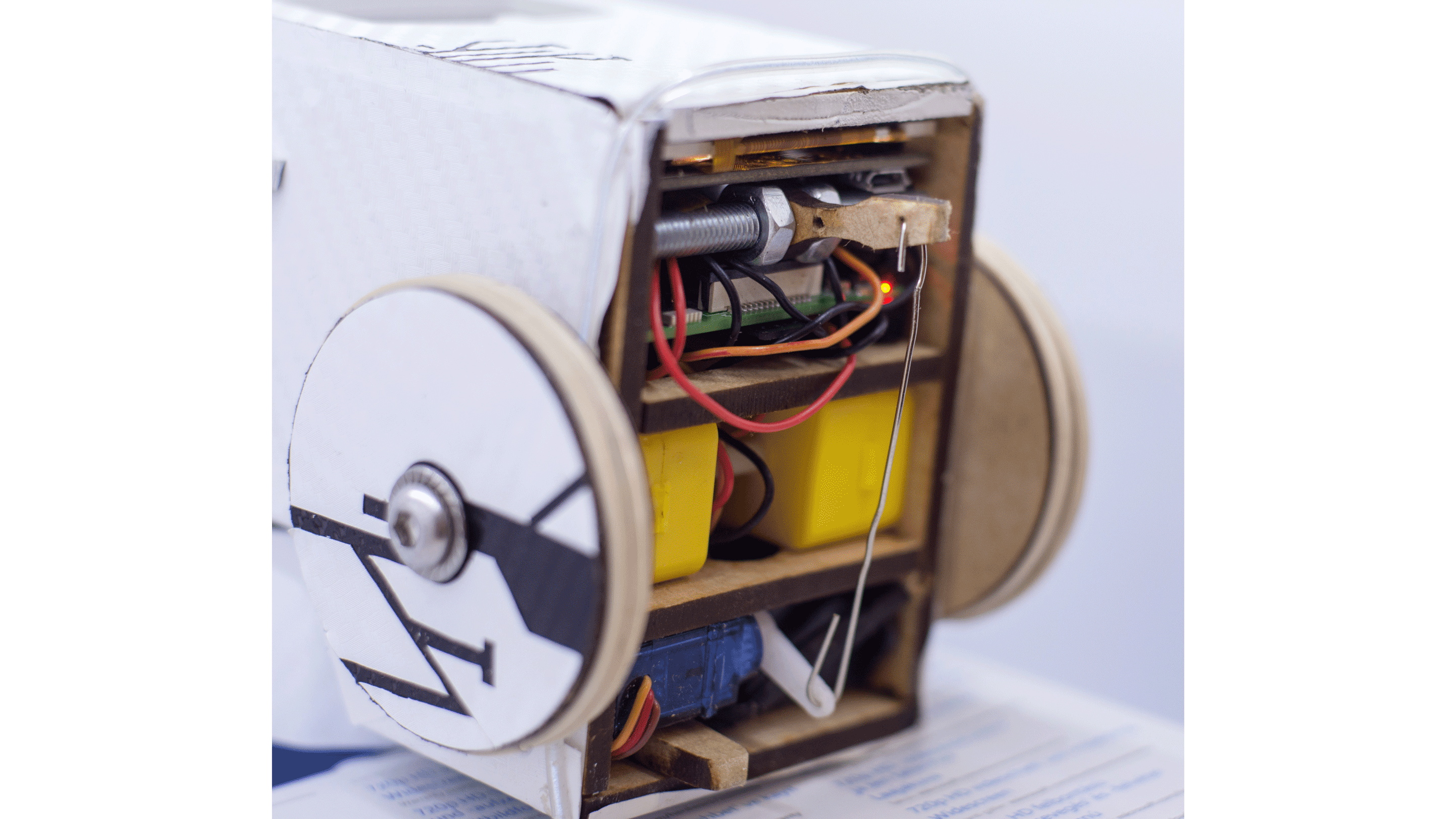 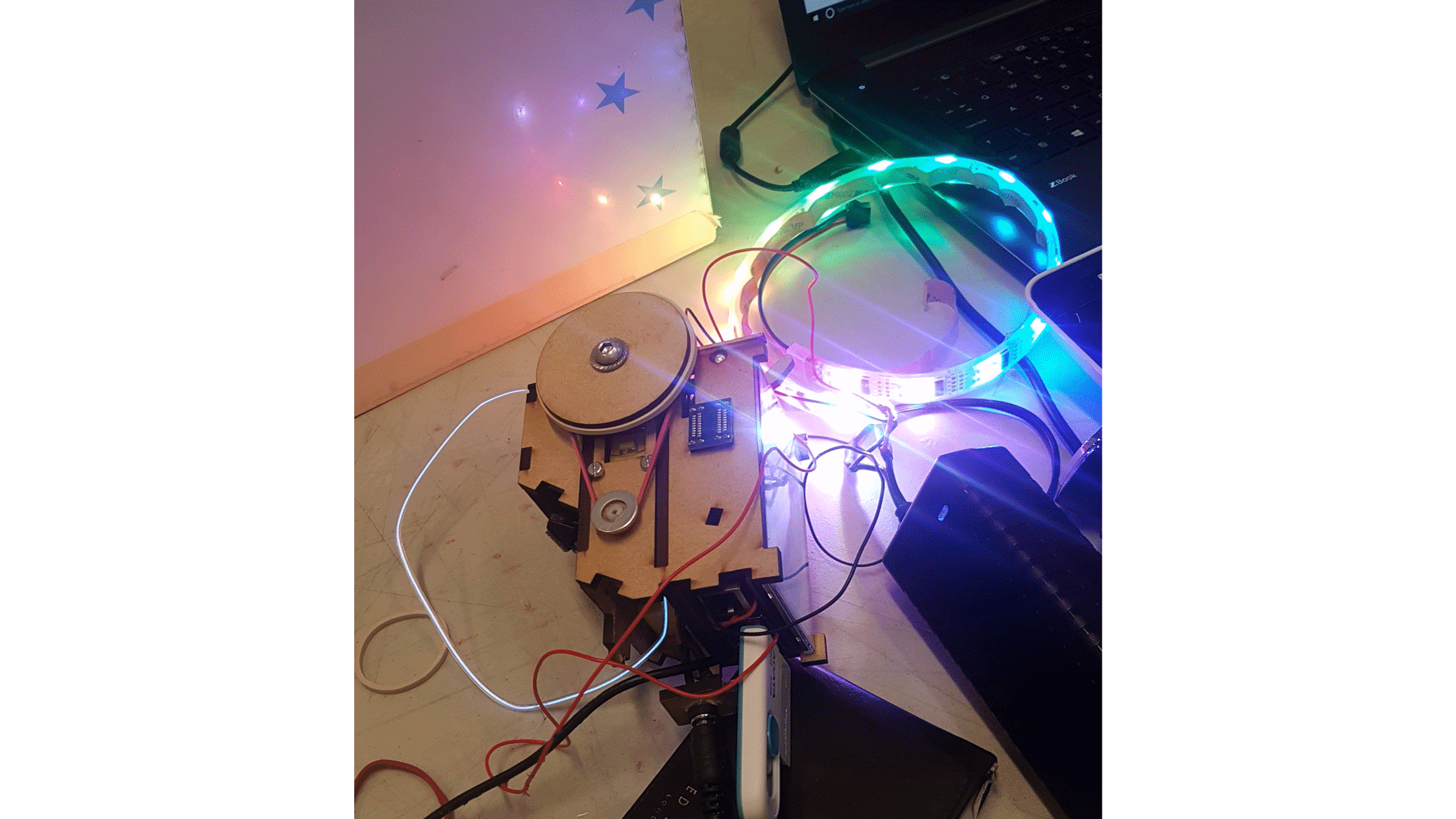 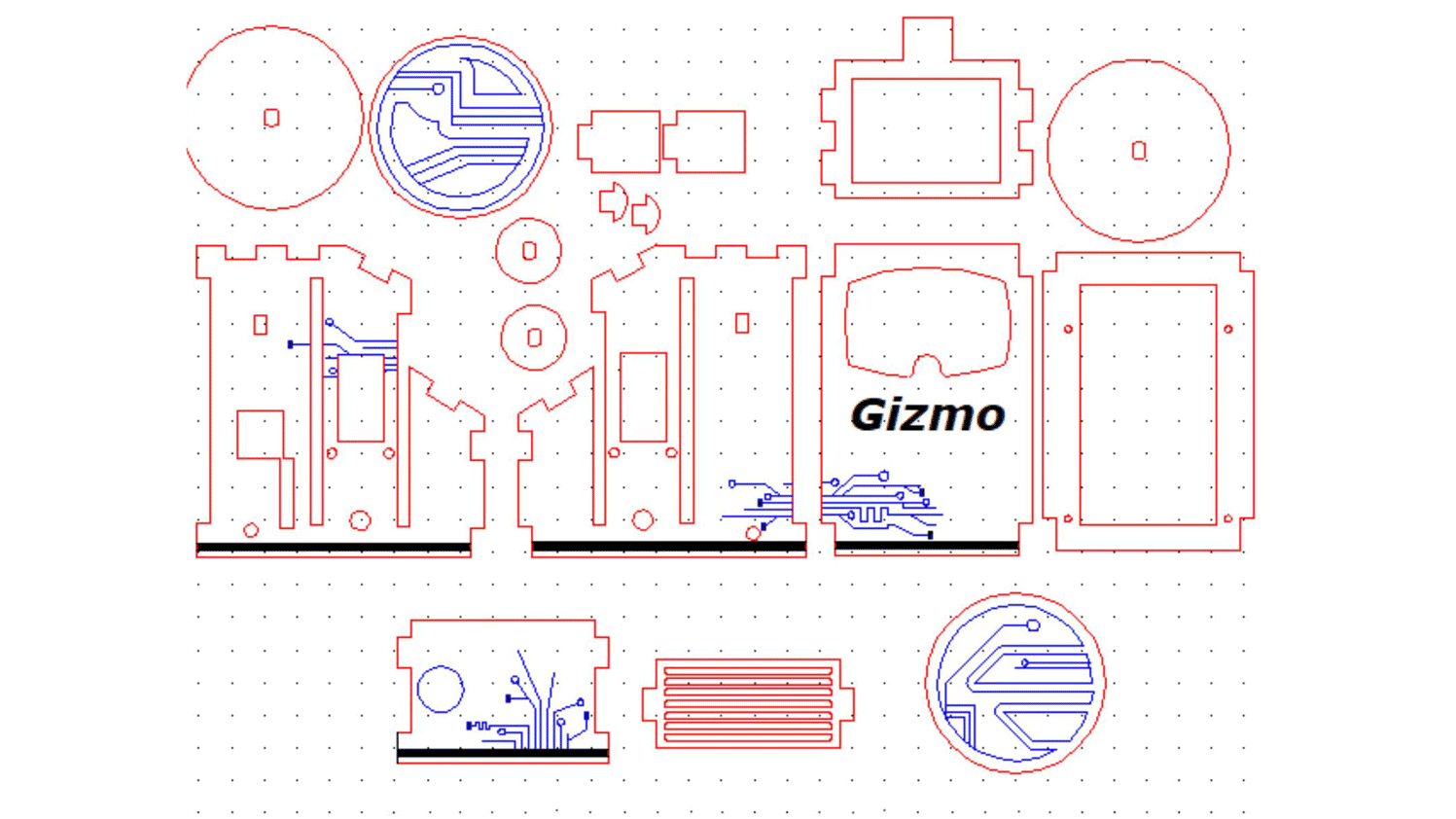 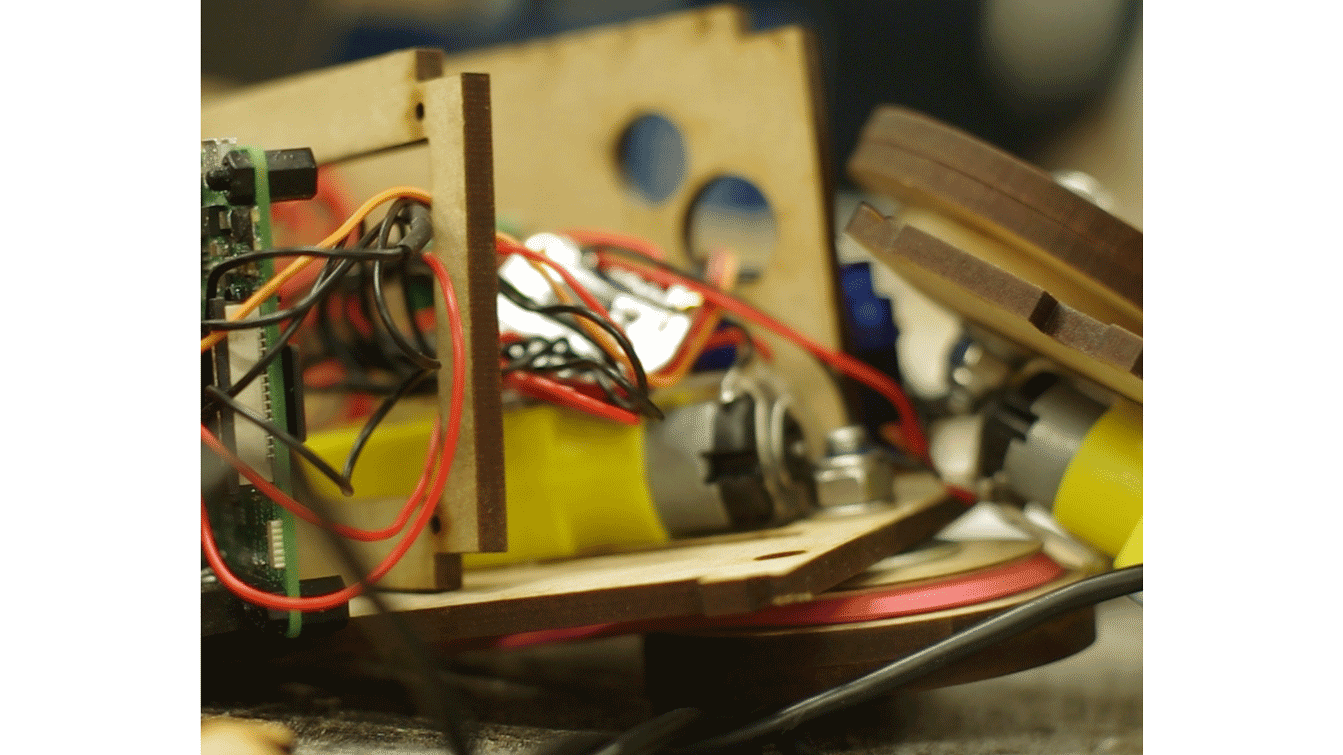